Date: 25 Nov 2019
Iran also called Persia, and officially the Islamic Republic of Iran is a country in Western Asia. Iran is home to one of the world's oldest civilizations, beginning with the formation of the Elamite kingdoms in the fourth millennium BCE. Arab Muslims conquered the empire in the seventh century CE, and the subsequent Islamization of Iran led to the decline of the once-dominant Zoroastrian religion. The rise of the native Safavids ( A dynasty which ruled Persia from 1502 to 1736 and installed Shia rather than Sunni Islam as the state religion) in the 15th century led to the re-establishment of a unified Iranian state and national identity, with the country's conversion to Shia Islam marking a turning point in Iranian and Muslim history. All Islamic Laws then impose and their implementation still going on religiously in the country.
In Iran, laws are created by the Islamic Consultative Assembly, also known as the Parliament of Iran (Majlis). They must be verified by the Guardian Council and signed by the President of Iran. The laws must be consistent with Sharia. Sharia law is a religious law forming part of the Islamic tradition. It is derived from the religious precepts of Islam, particularly the Quran and the Hadith. The manner of its application in modern times has been a subject of dispute between Muslim fundamentalists and Intellectuals.
The recent news published in BBC, an Iranian man’s fingers cut off after being found guilty of more than a dozen cases of theft. This brutal punishment was carried out in prison held in the Iranian city of Sari. 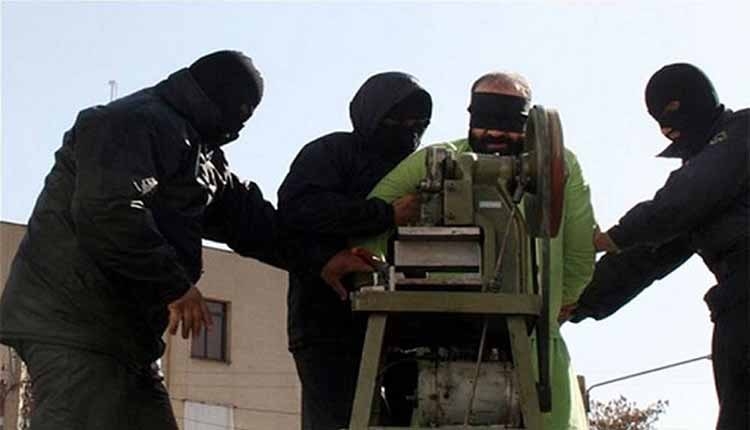 Cruel and inhumane punishments such as amputations are imposed by Iranian courts for crimes like theft, also punishable by flogging. A human rights organization namely Amnesty International recently reported that Iranian authorities cut off the hand of a man in prison accused of stealing. The government claims that the Iranian people welcome such punishments for those who disrupt public order without acknowledging the domestic movement to abolish the practice or the vast condemnation from the international community.
The Iranian religious group has formed the morality police known as Gasht-e Ershad in Farsi. The purpose is to enforce a strict interpretation of Iran’s Islamic code of public conduct. “There are three major societal prohibitions under the jurisdiction of the morality police”, Sarah Leah Whitson, Executive Director of the Middle East and North Africa Division at Human Rights Watch, explained to media.
First prohibition: Hijab
The girls are forced to wear headscarves in school and public places. Teenagers and young people in Iran are routinely stopped by the “morality police” responsible primarily for policing people’s appearances and adherence to wearing the hijab. Men are prohibited from wearing shorts, having certain haircuts that could be seen as Western, and wearing tops with “Western” patterns or writings. In recent years, it has become common practice for the police to raid private parties, arresting both girls and boys on the basis of not adhering to the hijab law. Punishments range from fines to two months in jail.
Second prohibition: Drinking and selling Alcohol
After the establishment of the Islamic republic government in 1979, as per sharia law, it is illegal to produce, Buy or sell alcoholic drinks. Breaking into the homes of people suspected of drinking alcohol is a common tactic used by the police.  Amnesty International reported in July 2018 that a man was tied to a tree and flogged 80 times for a charge he had received a decade earlier for drinking alcohol when he was a teenager.
Third prohibition: Adultery
Adultery is punishable by 100 lashes for unmarried people and by death on the fourth offence. It is punishable by death by stoning for married people.  If an unmarried non-Muslim male has sexual relations with a Muslim female, the non-Muslim male will be put to death. Four witnesses (rather than two witnesses) are required to prove adultery. Rape is related to adultery, has the same proof requirements, and is punishable by death by hanging. Sodomy is punishable by death. The morality police routinely harass and flog citizens for innocent displays of affection deemed morally inappropriate like hugging, kissing in public and homosexual acts.